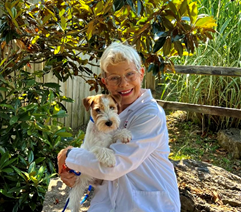 Dr Peggy has had a passion for animals since she was born. Growing up in Decota, West Virginia, she spent a lot of time walking in the woods and climbing in the mountains. She always seemed to find a critter that needed help. In 1963, her family moved back home to Tazewell, Virginia where both parents grew up and attended high school. She met her future husband Dr Bayard Rucker when she was in the ninth grade. They became high school sweethearts. Both went Virginia Tech and both graduated with a BS in Animal Science. They then become the first married couple ever admitted to the University of Georgia College of Veterinary Medicine.

After they graduated in 1975, they moved to Lebanon and opened Lebanon Veterinary Clinic…which transformed to Southwest Virginia Veterinary Services in 1985 when they built a new building. That 2400 sq. ft. building has since undergone extensive remodeling as well as additions, the last one in 2009 which help it grow to 10,000 sq. ft.

Dr Peggy and Dr Bayard share their home with 3 Russell Terriers, and 5 Standard Poodles. Dr Peggy has raised Jack Russell Terriers, as well as Standard Poodles and loves showing her dogs as well as watching them in the show ring. She is very proud of her two AKC Champions Ch. Pave’ Diamond Going Hollywood, aka Angelina Jolie (Jolie) and Jolie’s son, AKC Ch. J-Bird’s Music of the Night (Jett), as well as two AKC Grand Champions Bronze level, RBIS GCHB Stone Run JorJa on my Mind (JorJa) , and GCHB Geisler’s Ja Wanna Know a Secret (JMe)…both of whom were winners at the Westminster Dog Show in 2022!

When not working with her dogs, Dr Peggy loves landscaping and growing beautiful flowers, doing CrossFit, doing Pastel drawings and playing the piano. Dr Peggy is barely seen without at least 2-3 of her dogs since they travel with her regularly. She also enjoys teaching and doing agility with her Standard Poodles as well as her Russell Terriers.

Dr Peggy is passionate about this profession. She serves as a mentor for the Virginia Maryland College of Veterinary Medicine and in on their interview team. Dr Peggy also believes in giving back to her profession. She has served as President of the American Animal Hospital Association as well as President of the Virginia Veterinary Medical Association. She has also been a featured speaker at many veterinary meetings as well as at the Graduation ceremonies at Virginia Maryland College of Veterinary Medicine.

But, most importantly, Dr Peggy believes that every pet deserves the best possible care. She is so very proud of her SVVS Team, and hopes to see SVVS continue to grow and to provide care and compassion for the pets and the people of this region for many years to come. 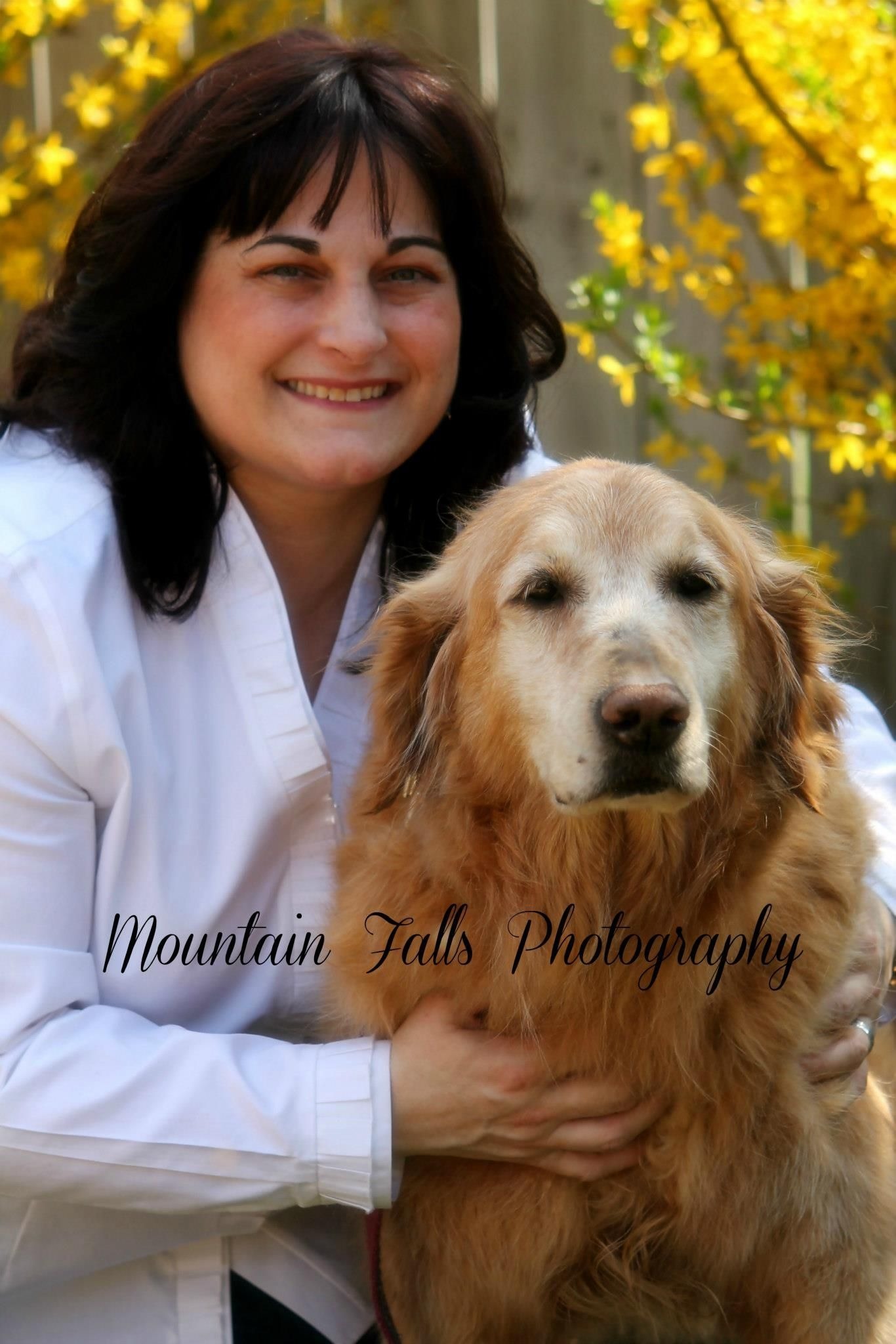 Dr. Meister-Jones joined SVVS in 2000 after graduating from Virginia Maryland Regional College of Veterinary Medicine in Blacksburg, Virginia. Since 2010, Dr. Michelle has served as the first women Supervising Veterinarian for the Russell County Animal Shelter. She began her career in veterinary medicine working in her Father’s practice in Cleveland, Ohio, and on their mini-farm in Olmsted Falls. Most of her memories and pictures have always involved animals. She cannot imagine her life without them.

She, her husband Billy, and son, Mark, live in Lebanon with their four dogs (Ashland, Jayne, Rory, and Nathan), three cats (Andy, Olivia, and Oz-E), and three turtles (Rascal, Leonardo, and Jolene). She also on occasion raises foster puppies and kittens when needed. She has two stepdaughters: Beth and husband Derrick, live in Richlands with their two daughters and a son; Katie and husband Patrick live in Tazewell with their daughter. She is active in the Stras Episcopal Church of Tazewell. In her spare time, Dr. Michelle also enjoys movies, reading, traveling, cooking for her family, and relaxing on the beach somewhere.

We will do our best to accommodate your busy schedule. Request an appointment today!

Font Resize
Contrast
Accessibility by WAH
Call Us Text Us